Our New Addition and another card!

Today I wanted to take the opportunity to formally introduce you to the newest member of the Curd Family. 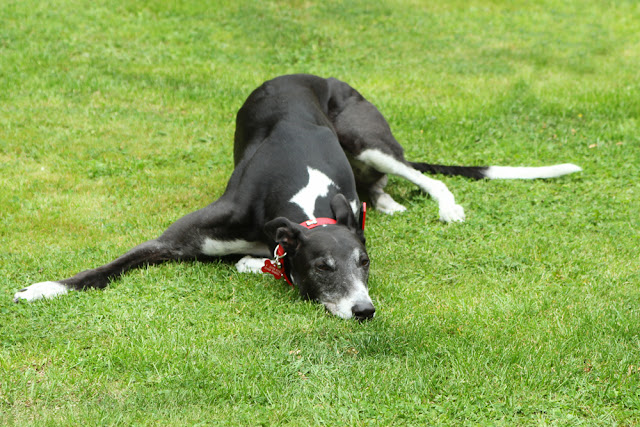 His name is Darren and we've had him for four weeks now. To say that he has been a racing Greyhound for all of his life {a Champion, no less!} he has settled into family life so very well. He is gentle, loving, sometimes playful but usually very lazy! He has the most softest fur especially around his neck and head, and I like nothing better than snuggling up to him for a love. He definitely has a calming influence!

He's four years old now, and ran his last race on the 18th June this year. His registered racing name was Rosewood Mike , and he was a champion in the very first race he ran and won three additional races, a fact I'm very proud of. He's quite large, even for a greyhound, and boy when he sees a cat, don't I know it!

I absolutely love him to death and now, I can't imagine life without him. Joseph is besotted with him too, and Darren is very patient with him.

I also have a card to share. Well, it would be rude not to! 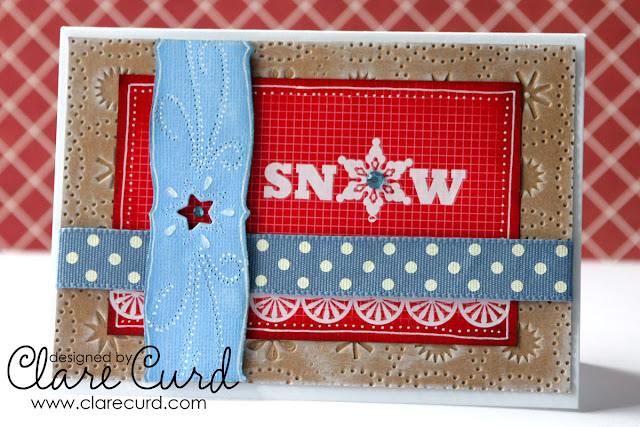 Again it was made with one of the spellbinder border dies, and a Cuttlebug embossing folder, which was inked with white ink before going through my bog shot. The red grid paper is an old Doodlebug design from my stash, embellished with We R Memory Keepers rub ons. 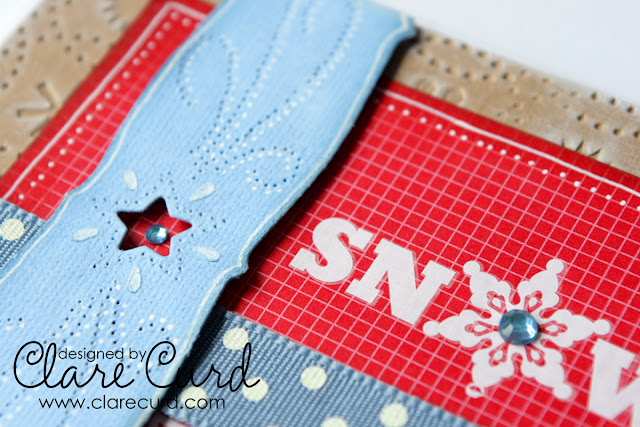 Once I'd cut and embossed the edgeabilities die, I pricked the holes around the swirl and star, and sanded the cardstock to reveal the coloured core. I added mote definition with a white gel pen. One of my all time fave techniques! I hope you like it!

Just a cheeky reminder, I will be on Create & Craft tonight at 7pm with another hour of Tim Holtz!

Posted by Clare on 16:30 6 comments
Email ThisBlogThis!Share to TwitterShare to FacebookShare to Pinterest

So sorry I have been neglecting my blog once again. I don't think I will ever get the hang of it!

Over the past weekend I have been busy getting ready for my three shows {which were yesterday on Create and Craft} and a show at 7pm on Wednesday 5th October, which will also feature products developed by the ubber talented Tim Holtz. I am absolutely LOVING his products! It's really enjoyable to do something different.

I've also confirmed today that I will be joining Sara Davies of Crafter's Companion on Sunday at 12-2pm for Tool Shed. So exciting, I haven't seen Sara since before my holiday so It'll be great to catch up. And with any luck Deano will be presenting so it's sure to be a fun show!

I'll be photographing my cards from the Tim Holtz hours as soon as I can and PROMISE that sometime in the next Millennium they will appear here. In the meantime, here's another card I made with the Spellbinders Christmas dies. 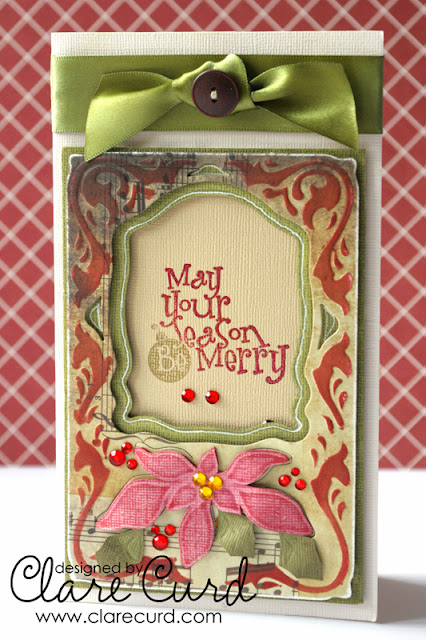 I cut and embossed the main die from patterned paper {I think it's actually Tim Holtz paper - Lost and Found}stencilling through the die with Colorbox Merlot ink before removing, then the frame dies from green Core'dinations cardstock. I also distressed the edges of the papers by sanding and inking with Old Paper Distress ink. The stamp is a very old one I've had for ages, inked in two colours and embossed. 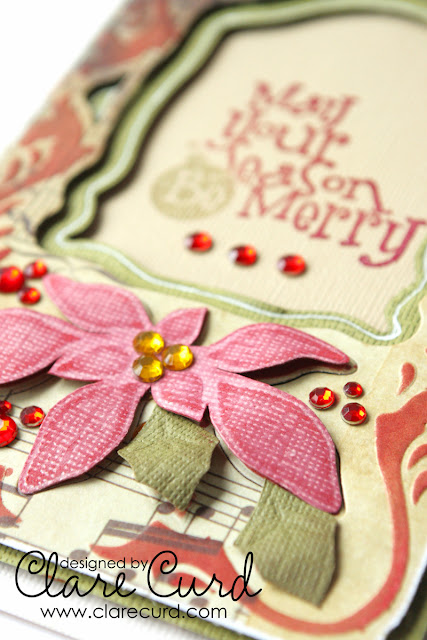 Well, that's all for now, I promise not to leave it so long next time!