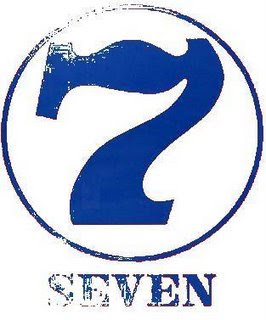 I’ve been tagged by my friend Katy and my challenge (should I choose to accept it) is to list seven random and to the majority of the population, unknown facts about myself. Initially I thought “Ooh, goody, I’ve never been tagged before – how exciting!” but then I thought “Oh no – my life is so un-interesting, I don’t think I can come up with seven facts. “ After much deliberation, I came up with seven and then some! It’s amazing when you get thinking isn’t it! So here goes…sorry if I get to waffling!

1. I have had sooo many jobs, I think I would have trouble listing them all – but here goes. Hair washer in a hairdressers , assistant in a fruit and veg shop, at superdrug, at WH smiths, at Wilkinsons, waitress at a bistro, in a deli, in a phone-come-coffee shop, as a supervisor at Burger King ( I could make a whopper in 11 seconds!), as a supervisor and Beauty consultant at Boots the Chemists an assistant manager in a Pub, a registered ICU nurse, and finally as a creative Designer for Do Crafts! I think that’s the lot. It’s not that I keep getting sacked, some were Saturday jobs, and some I did whilst at Uni. Others I did whilst doing my nurse training.
2. I’m seriously allergic to…wait for it….bananas! I had an anaphylactic reaction when I was 5 years old and haven’t purposefully had one since ( a banana that is, not an anaphylactic reaction). I can’t even stand the smell of them, but I do like to carefully peel them though, such a novelty!
3. I’m married to David who I have been going out with since I was sixteen. He was my first and last boyfriend. We were going out for 10 years before we got married.
4. When I worked at W.H. Smiths I accidentally trapped my fingers in the cash register drawer when I was shutting it, and was trapped for about 25 minutes whilst the staff frantically tried to get it open, as the emergency lever wasn’t working! In the end, a fire engine, ambulance and paramedic car arrived ‘cos the personnel manager panicked and told them I was trapped but didn’t say where. How embarrassing!
5. I’ve been on Steve Wright’s Big Quiz on Radio 2 and was champeen on two days and left with some great prizes, including tickets to Proms in the Park in London, a trip to meet the Red Arrows and VIP tickets to the Southport Air show. I was also in the last 100 people that applied for Paul Daniel’s Wipeout game show (can you remember that far back) but didn’t get chosen to be in the last 48.
6. I am absolutely besotted with Walt Disney World in Orlando, Florida ever since I was a little girl. I have only been twice (for my honeymoon and last year), and I even looked into getting a job there before we had Joseph. I cried when I first saw Cinderella’s Castle and met Mickey Mouse! I would live there if I could. It really is Where Magic Lives.
7. I love Most Haunted and anything paranormal to almost an obsessional level. I tried to get tickets for the most recent Most Haunted Live, but wasn’t lucky. I love hearing true ghost stories, and also have had some experiences myself. I love watching paranormal videos on You Tube when I’m crafting.

As part of my obligation I now tag seven more people, and these will be Sheila, Jane, Jo Kill, Leonie, Kirsty, Hannah and Becks.
Love, Clare x

Posted by Clare on 19:05
Email ThisBlogThis!Share to TwitterShare to FacebookShare to Pinterest
Labels: tagging