Just a quick note to let you know that I'll be on QVC tomorrow, on Craft Day! I'll be showing the Forever Friends Christmas Wishes Kit. I'll be on strutting my stuff somewhere between 1 and 2pm and 6 and 7pm. So, if you missed out last time when the kit was part of the TSV, of you fancy treating yourself, take a look!

Oh, What a Night!

Well, I got back from Dorset in the nick of time. I had set off at 1.30, needing to be home for 7.30pm, thinking I would arrive with time to spare. However, not taking Friday rush hour traffic around the M25 and the Nottingham roadworks (when will that ever be finished?), how wrong could I be. And there's nothing more infuriating than sitting in a traffic jam knowing you need to be somewhere. As it was I didn't do too badly - as I pulled in the drive at 7.40pm (the car still looks as though it was joy riden into it's parking space!) and ran in the house.

The reason for this urgency - We were having an all extravaganza 'Michael Jackson Live in Bucharest' Party! My friend Michelle and her two daughters were coming round and we were going to strut our stuff (and probably sob a few tears) to the King of Pop! David and Joseph had vacated the building (Joseph would have loved it, but David has no taste, and the MJ thing is not him. Oh well, I suppose people have to have some faults!) 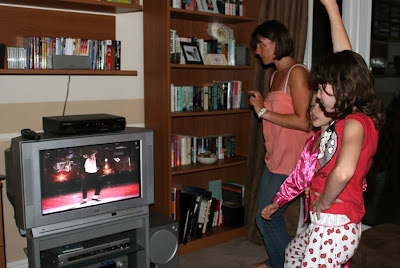 So they arrived and the fun started. It was wonderful to see the two young girls absolutely mezmerized by Michael and his moves, and the sheer spectacle of him in concert. Charlotte - the youngest (at 7 years old) kept saying "I wish I could have really seen him live". What's happened is so sad for me - I just can't tell you. even now after 7 weeks I still cry every day. I know you think I'm probably mad for admitting this, but he WAS my life when I was in my teenage years, and I can't help how I feel. 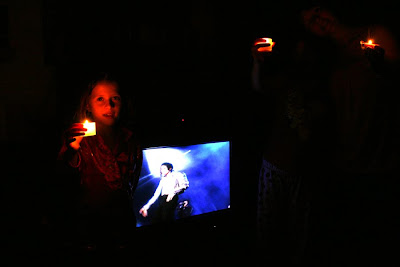 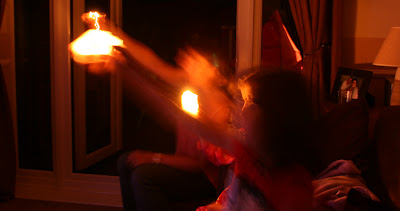 Anyhoo, as you can see from the photos we bopped till we dropped! Then through "Heal the World" we got out the candles and did out thang.

Thanks for a wonderful night Girls, and Michael of course!
Love, Clare x
Posted by Clare on 12:46 4 comments
Email ThisBlogThis!Share to TwitterShare to FacebookShare to Pinterest
Labels: Michael Jackson

New Poll on the Side Bar!

This post has been fixed to the top 'till the 7th August. Please scroll down for most recent blog posts.

I have put a poll onto my blog concerning those dreaded mens cards! I would be really grateful if you would let me know your opinion. all it takes is a little click, and every vote counts!

Thanks for your help!